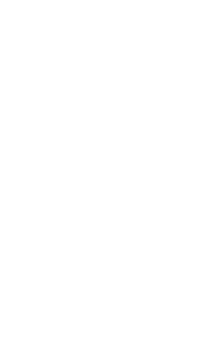 5-channels tape composition and star projection, duration 16’16”. Supported by a residency of the city of Judenburg, performed at the planetarium Judenburg (AT) during the festival Judenburger Sommer 2013. In 2015, a new eight channel version and a video were created.

What I find fascinating is the idea of the planetarium to picture the universe at the same time artifically and transparently (indistinguishable from “reality”). The mechanical projection technique is so sophisticated that the apparatus disappears in the background; it lays itself as a film on top of the foreground as soon as the stars start to move, and the dim reality of the projector now appears as an enormous cartographic memory. My challenge is to develop a dynamic sound composition which varies along with the chosen projection frames.

Most sounds originate from environmental recordings, some of which have been made during my artist residency in Judenburg, others which have been made in different places and times across the world. The location and dates chosen for the star projection correlate with those of the sound recordings. All sounds somehow for me are associated with the star-strewn sky, for example walking along a groyne towards the North Sea with the human lights fading behind and opening a view to the firmament. A subtle narrative is layered on top, suspended by two fragments of a dream diary. A careful choreography is made for the projection, varying the intensities of the different light sources, such as the stars, the environmental background luminosity, the intensity of the milky way. In the second half of the piece, a rhythmic element is introduced by a fast travel back in time which can be identified by the motion of the moon. The last section uses random displacements of the projector positions of increasing magnitude, introducing a staggering search across the universe accompanied by the slight sound of the projector motors themselves.

In 2015, a new eight-channels version of the piece was created, which also changes some of the parts and includes new sound textures. As a commentary on the planetarium, and to be able to perform the piece in a general venue, I created a video for this new version, that somehow reflects my impression of the star-strewn sky and the dream-like character of the narrative.